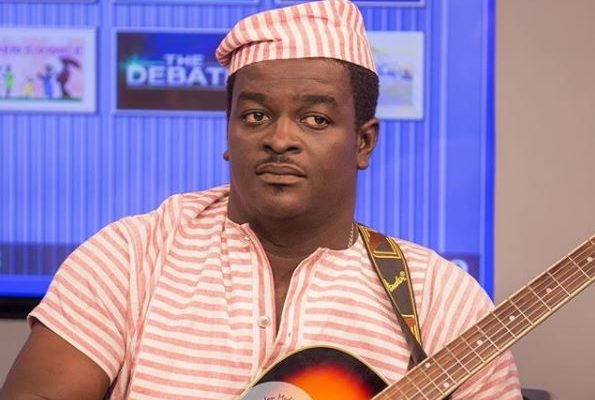 Ghanaian high life singer/songwriter and a signee of Zylofon Music Kumi Guitar has challenged his highlife colleague and friend Quarme Zaggy to take him to court if he is brave enough.

Quarme Zaggy thinks Kumi Guitar has defamed him in his latest song (S£x) because he made fun of him, that he loves “$€x” a lot and that he is not a virgin and due to that, he is taking him to court.

He dared him on Zylofon FM’s Showbiz Agenda with Sammy Flex that if he (Quarme) thinks he has a case enough to present in court, then he should go ahead and sue him.

According to Kumi Guitar, all that he said about Quarme Zaggy is not a lie since it’s true and he can defend himself any where. He further revealed that Quarme Zaggy has also said something bad about him in his “TortorFiifii” song before.

There was a line he did in the “TortorFiifii” song which goes like (Kumi banku wai nafa Guitar school boys no worno) which he Kumi Guitar was not happy about, but he never complained and kept it cool.