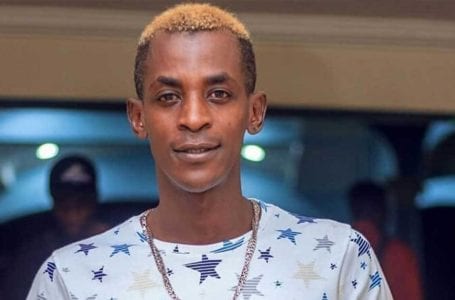 Ghanaian comic actor and musician Ibrahim Idris popularly known as TooMuch Pampii has revealed that his first ever IPhone was given to him by rapper Medikal.

In an interview with the radio god Sammy Flex on Zylofon FM’s Showbiz Agenda, he stated that he knew Medikal way back before he became that big in the industry and that’s how come he was able to buy him an iPhone.

He narrated that he met Medikal in Cape Coast after his Junka Town movie had gone viral. According to him, he had business discussions with Medikal and after the discussion, he was gifted an iPhone from the camp of AMG.

“Medikal wanted to feature me in one of his music videos as at the time we met in Cape Coast so I believe during the discussion, he spotted my phone with a cracked screen so he called two days after we’ve gone to our separate ways to come for an iPhone to replace my damaged phone and I was shocked” he stated.

Watch the video below: