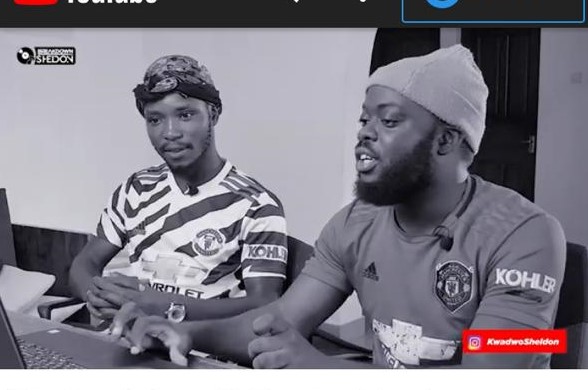 Ghana’s online content creators Teacher Kwadwo and Kwadwo Sheldon have finally settled their differences ahead of the general elections to preach peace and unity among their followers.

Both of them have been fighting and trolling each other on social media over an award. Both were nominated in one category which Teacher Kwadwo won over Kwadwo Sheldon and that was what sparked their beef.

They’ve been spotted in two viral videos campaigning for peace ahead and after the December polls and also on YouTube as Kwadwo Sheldon features him on his music break down show. They both acted in a mature way to prevent another fight.