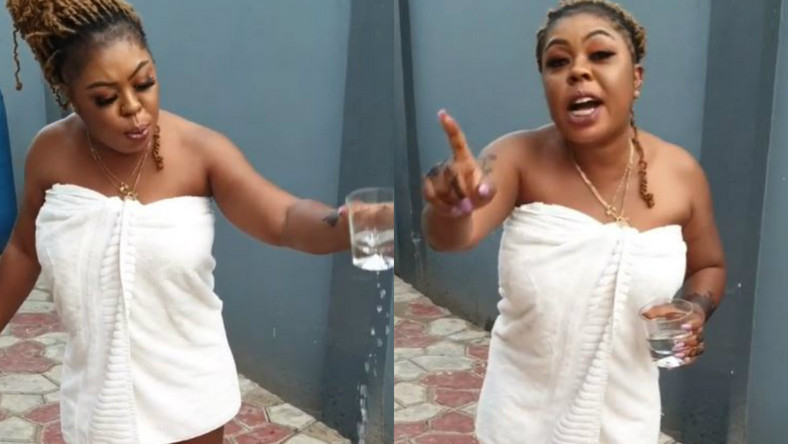 Controversial media personality Afia Schwarzenegger has descended heavily on leader of Prophetic Hill Chapel, Prophet Nigel Gaisie over his failed prophecies on the outcome of the 2020 elections describing the man of God as a liar and a fake prophet.

According to her, she doesn’t understand why God will give Nigel Gaisie some fake results on the outcome of the elections and that Nigel just came to lie to Ghanaians. In one of her post shared on her IG page, Afia further described Nigel as “Fraudphet”.

Below are series of post she shared on social media on Nigel:

“Dear God
Why are you like this…you give my friend fake election results but you never mentioned to him that Madam is coming to e church in her nightie to RAPE him and demand 50,000 ghc…money that Pastor had to go and beg from his godfather who happens to be madam’s old customer.
God how do u expect wise people to go to church on sunday and worship you with our fake friend??
Dear God…Did u lie to my friend Nigel or Nigel is a liar…anaa wo se wo nfa ne gyimii ko Heblews??
Anyway they say na you sabi better..so let me shut my big mouth..And leave the rest for my YouTube live this afternoon”.

“Kyer3 s3…I cant understand why God lied to Nigel.
This is so not fair…I mean who in his right sense will trust this “FRAUDPHET” again..

“The system is working 1 minute bia 1 fake prophecy namu…..
By their lies we shall know them”.