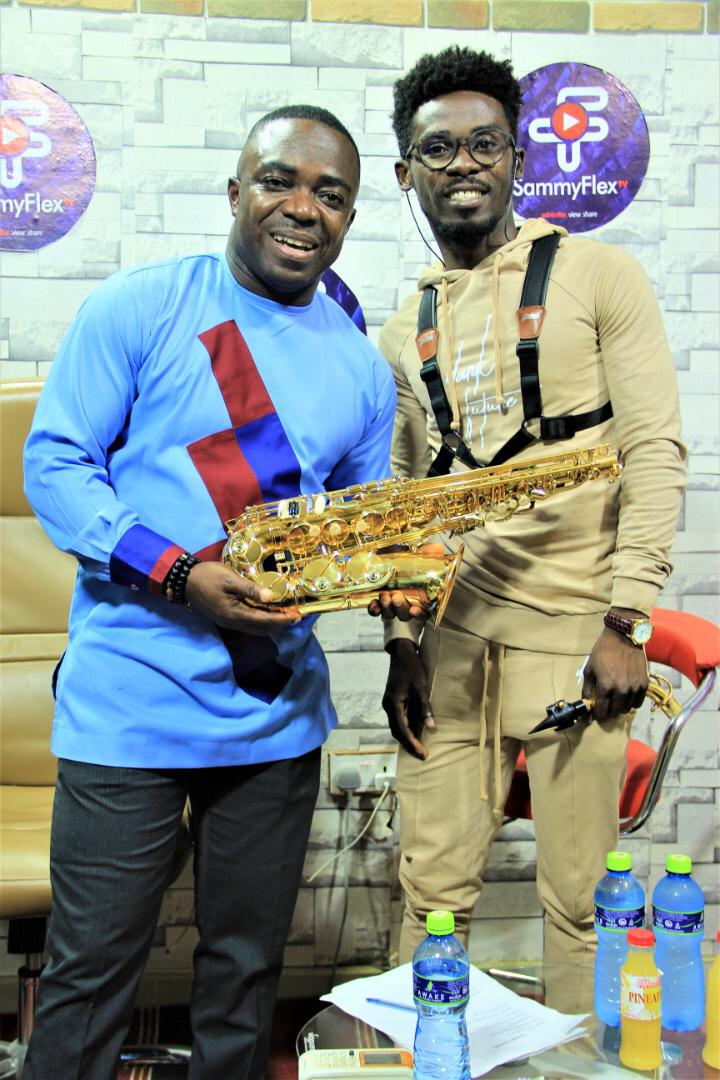 One of Ghana’s finest Saxophonist Mizta Okyere has revealed in an interview that President of the United States of America Donald Trump’s campaign team contacted him for a performance.

On Sammy Flex TV’s Showbiz Daily with Sammy Flex, he stated that he had the chance to go and perform at Donald Trump’s rally after they heard him in a viral video playing a saxophone whiles Trump was dancing.

He narrated that, he had a wedding gig at the US but unfortunately he couldn’t perform because of the COVID-19 lockdown so he decided to play his Saxophone at home whiles he enjoys the lockdown.

He then chanced on a video of Donald Trump dancing to a song which he loved and planned to play the Saxophone version of the said song while Trump dances to it and that’s what made him met the campaign team of H.E Donald Trump. He added that the he would have been a billionaire if he had won the elections and he had performed for him. Mizter Okyere finally revealed that the current sax instrument he is using was also bought for him by the campaign team of Mr. Donald Trump.