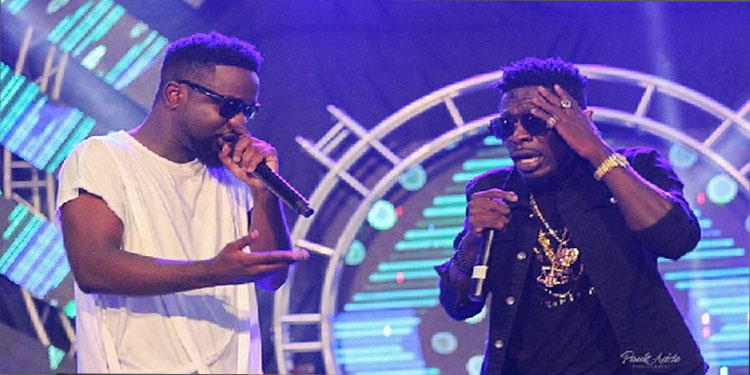 Ghana`s most award winning rapper Michael Owusu Addo aka Sarkodie has revealed that his industry colleague Shatta Wale couldn’t make it to this year`s 2020 Rapperholic because he demanded for $250k which he couldn’t afford.

Sarkodie revealed that in a conversation on Twitter with Shatta Wale after Jay Folie posted a picture of himself and Shatta Wale.

Sarkodie saw the picture and retweeted with a comment “Rapperholic”. Shatta then also replied “I can see you’ve missed me” and that’s what made Sarkodie revealed the amount he (Shatta ) charged before he will appear on the Rapperholic stage.