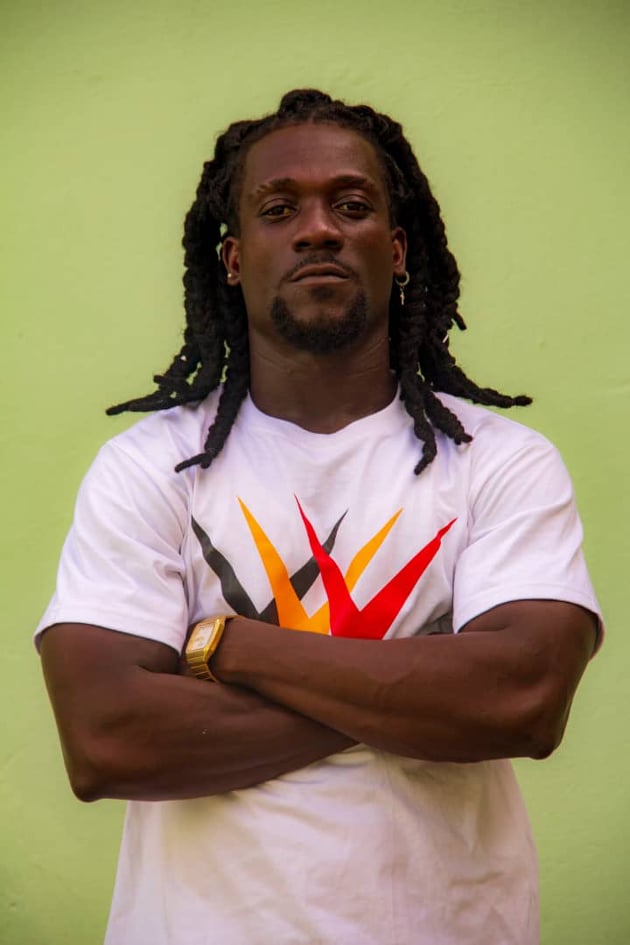 Ghanaian musician Kassino has disclosed he has had so many confrotations with Ghana police officers because of his locks. He said many times, the police will pull him over while other vehicles drive on because they suspect him to be carrying marijuana because of his looks.

Kassino in a recent interview with Sammy Flex on Showbiz Daily said such attitude from officers make him very uncomfortable and it gets him pissed in the end.

“I have been fighting with police. I have been to cells several times because of my rasta looks. I am quick tempered. It got to a time that when I see police officers then I become angry. Because I am a street boy and as a street boy if a police ask you one two questions you have to get pissed. Because he suspects you. How can you stop me because of my locks? Sometimes they stop my car and they will search it for hours while other cars drive on because of my locks. I have to be angry and speak my mind. Some of them when you express yourself they think you don’t respect but I’m not bothered. I will still tell you my mind. So sometimes they get upset and carry me to the station. Some of them even physically assault me but the only reason why I will sometimes hold back is because of the uniform. Because I am a gym boy, a street boy. If you take off your uniform I can beat you very well” he said.

When asked if he has ever exchanged blows with the police officer before, he responded: “It has happened many times. And I have been put to cells. Because if you hit me, I will hit back. When you meet me and I am done smoking, it ends there. After election, no campaign. But these officers would want to search you further just to give you a case”.

Kassino is about to begin a new album project and it`s likely to launch something soon. Watch the video below and subscribe for more.