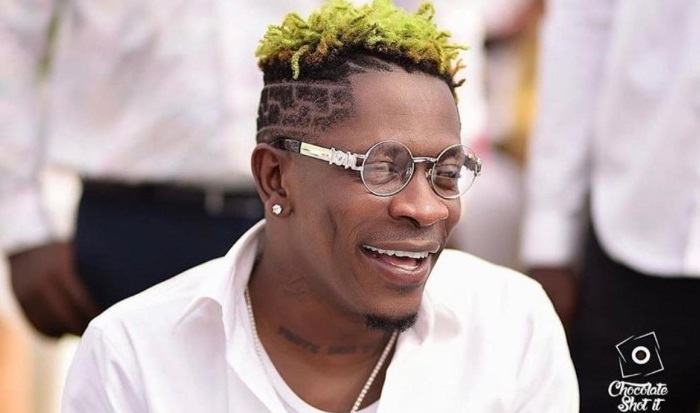 A fan once wrote to the office of Sammy Flex TV asking why some top Ghanaian comedians are sitting idle for musician Shatta Wale to steal shine from them anytime the nation presents an opportunity for them to shine. Because we were not comedians, we pushed this same question to some comedians and they are yet to convince us as to why it is happening that way though.

The musician was at it again recently when political leaders in parliament gave us the opportunity to think about their ways and how they go about their duties in their chambers. He announced a day to present his side of the happenings during the inauguration of members of parliament and this he did in a close to 40 minutes video full of comedy and laughter.

During Sammy Flex TV`s segment called Sammy Flex speaks with MC Berimah and Sammy Flex, the two took time to analyze the situation with emphasis on how to tap into the happenings around the country even when it`s not entertainment based.

“Shatta Wale just knows how to tap in the trends even when he is not originally part of it and that was what we observed. It`s high time our comedians also find a way of tapping into some hype when it matters most” Sammy Flex mentioned in the video and many more.