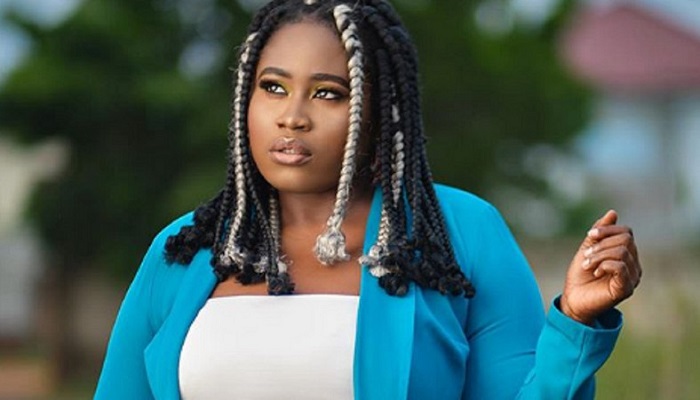 Actress Lydia Forson seems upset over radio discussions on a video she shared days ago where she warned men never to sit in their cars and send someone to come for her contact number. The actress in that particular video claimed that act of calling a woman instead of walking to her to talk to her is very disrespectful and one that she won’t tolerate from anyone.

Following these claims by the actress, host of entertainment review Akwasi Aboagye together with his pundits, Arnold Asamoah Baidoo, Socrate Safo,
Sadiq Abdulai Abu and Kwesi Ernest took turns to share their opinions on the video and that has gotten the actress very upset.

She took to her twitter handle to fight back on Saturday afternoon expressing her displeasure over why her choice of living her life should become a national debate.

She tweeted: “So me refusing to give my number to a stranger who sent someone to get it has turned into a national debate; even by so called reputable media houses. I swear you people are always offended by women who don’t cower to you. Is this even a issue or by force?”

She further added: “Nkrasiefuor nkoaaa. Try me, I have the time and energy. Everyday you’re monitoring my pussy and who I give it to and what I do with it because you’re mad I won’t give it to you. You people always make it seem like it’s wrong for a woman to have self respect”.

The actress further noted that the media house attacked her brand because they want her to kiss their ass and she refused, claiming she doesn’t need any media house`s validation.

“I swear these bloggers and media houses come for me and try to tarnish my image ONLY because they’re mad I fight back. They want me to kiss their ashy asses and I won’t. Unlike some I don’t need your validation oh, I’m good over here” she tweeted.

She explained: “Even as a teenager my parents were very stern about me never following strangers.(men especially). One man reported me to my dad because he called me across the road and I didn’t go; my dad asked why as the adult he didn’t cross the road but expected me to”.

“But there’s a much bigger story here a majority of people as usual are missing. Little girls and even boys are being molested all over the place because you people encourage them to engage with strangers /adults out of respect”.

Lydia added to her tweets: “And they’ve turned this discussion into why I’m not married? So you really want to believe that in this my life I’ve not had proposals or men interested in me? The person discussing me loudly on radio sef is in my DM. Be honest you’re just mad I don’t want YOU”.

“I’m really questioning how some of you were raised if you think it’s ok for someone to sit in their car and send a complete stranger to take your number? Same people will turn around and call a woman cheap for jumping into a strangers car.See eh, do you let me do me”.