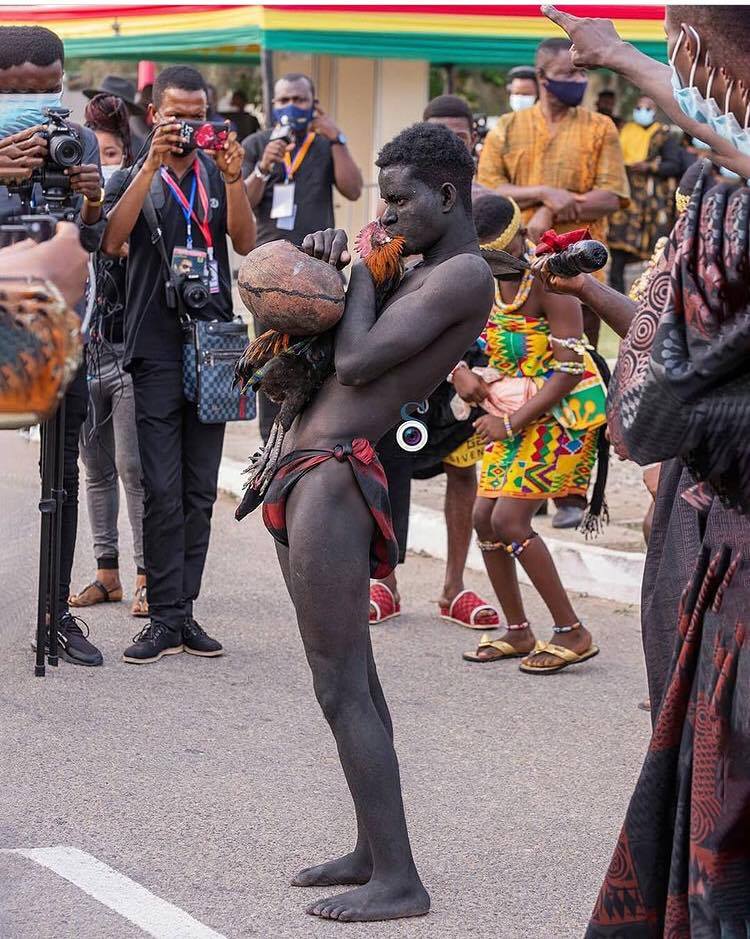 Ghana bid goodbye to one of its favorite sons former President Jerry John Rawlings, Ghana’s longest serving leader at a funeral service at the Accra International conference center Accra, before transporting his remains to his final resting spot.

Large crowds of mourners filed past his flag-draped casket at the service in Accra to pay their last respect.

At the service, there were beautiful cultural display from his home region, Volta region with some others from other tribes from the rest of the regions in Ghana especially from Ashanti region where his wife, the former first lady Nana Konadu Agyeman-Rawlings comes from.

The former and longest serving president, who was 73-years old, died in November of last year, but his cause of death has not been revealed.