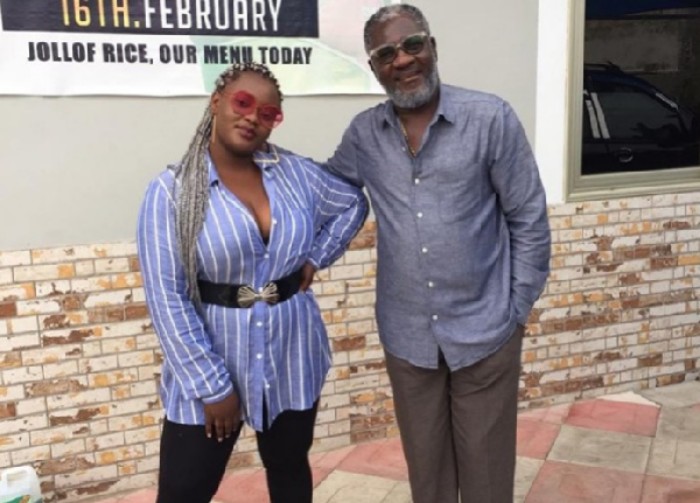 Bony To The World Records signee Kim Maureen couldn’t hold back her tears when the singer on Thursday responded to claims by her label boss Mr. Nana Poku-Kwarteng, known publicly as Starboy Kwarteng that she has been lazy.

Kim Maureen broke down in tears as she addressed Starboy Kwarteng during an interview with Andy Dosty on Day Break Hitz on Hitz FM.

She narrated: “there are some songs which are in the studio that I recorded them myself. I have like four songs in the studio but anytime I talk about the songs, he tells me to wait, to be patient. I talk about it for us to release it because as he said, I have been giving him pressure for us to release more songs and besides if you want to release a song, you have to record it right? After that you release it. So I want to know if he doesn’t know I have songs in the studio? Which are still being mastered. So to call me lazy to make people feel like I am not doing anything but there are things I do in the house. And I was living in my house before you asked me to move in to your house. You understand?”

When asked what Mr. Kwarteng’s reasons were when she was asked to move in, she responded: “He told me where I was living was far. I was in Ashaiman and he also said Ashaiman was very dirty. So as an artiste I don’t have to live in Ashaiman. That is what he said. I don’t want to lie. It`s so painful for me to go through this kind of thing”.

Andy had to go on commercial break to get her back for the interview.