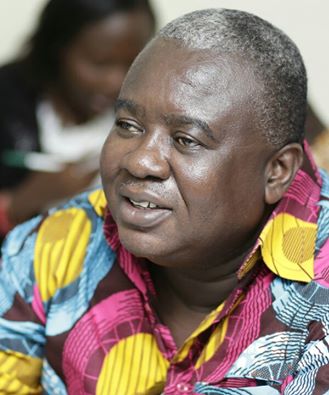 Music producer and entertainment pundit Fred Kyei Mensah well known as Fredyma has responded to Ghanaian rapper Ayigbe Edem’s claims of subliminal disdain and disregard for Ewes, telling him to throw such marginalization perception away.

According to the rapper Edem in a tweet on Tuesday, the subliminal disdain and disregard, at work places in social circles, to marriage, in closing deals against Ewes is crazy and needs to stop.

Following his tweet, Fredyma has written an open letter to the rapper explaining why his claims are just marginalization perception and must be discarded.

Dear Edem,
How are you? It’s been a while since we met after your recordings in my studio with Sammy Blakk, the producer who used to work with me some few years ago. I watched you on the latest Mentor reality show and i must admit, you were awesome. Congratulations.

However, i must draw your attention to what you said here about Ewes being marginalized. This is not the first time you are reinforcing this view. The last time it was about your craft and artistic display that you said the same thing about you being marginalized because your music was ewe based? My question is,” which tribe/ethnic is marginalizing your tribe or yourself so i deal with them? Lol

Yes! This perception has been with us especially from politics to our social life as one tribe notably, Akans against Ewes which is highly volatile and dangerous! If you go to other regions apart from the Volta region, there are lot of Ewe settlers suburbs such as Anloga in Kumasi, Ayigbe town spread across so who has marginalized them?

Edem, you see, when you came on the scene of the music world, you branded yourself as Ayigbe Edem which others thought, was a form of stereotyping that is detaching yourself from other tribes who cherished your craft. Is that the case? D’Hammer of the last two i understand was the one who gave you the opportunity in the music world, what tribe is he and did he marginalize you?

When we talk of the longest serving head of state of this country, it was the late President Rawlings an Ewe from 1979,1981 to the year, 2000! Luckily, he married an Ashanti. Can we say, Rawlings marginalized the other tribes from that period? During those times, it was alleged that, most of the people who occupied higher positions in government establishments were Ewes. Were the other tribes marginalized?

I think this is a dangerous position that we shouldn’t entertain in this country. Politics is really dividing us and per evidence available, there are isolated cases of trust issues amongst individual tribes but not to the extent of marginalization so Edem, kindly watch these rants you are espousing. It doesn’t help in our creative space.

My maternal grandfather who was a Policeman in the Gold Coast, married from Peki some 78 years ago so in my family, we have integrated with Ewes so won’t buy into your assertion of lumping other tribes as against Ewes.
The best of musicians and good people i have met in my life are Ewes. Talk about Victor Dey, Kafui Dey, Dela Jackson, Martin Mawutor, John Kennedy Ntumy, Elivava Mensah, Daa Efua Dokernoo, Della Hayes, Mawuli Decker, Abebe and the Bantus etc.

When it comes to the ladies, i have thousands. Few who readily comes to mind are Abla Dzifa Gomashie, ClassPee Della Russel, Kafui Adza, Kafui Dzivenu, Mabel Aku Baneseh etc.

Dear Edem, as an artiste, just throw this perception away. Ghana is a homogeneous country and no one or tribe is superior to the other. It is the figment of imagination from some tribal bigots who want to sow some seeds of confusion.

Tribes /ethnic are marrying and doing business amongst themselves. My carpenter, painter, aluminium door specialist are all Ewes. If i can write this English very well, i dedicate this to my primary school teacher Miss Comfort Agbeyenga at Royal International School, Kumasi.
Most scientists especially doctors, pharmacists from Prempeh College cannot leave the impact on them by our chemistry tutor, Mr Komla Agbele.
I dedicate this write up to my best friend and classmate at Prempeh College who was an Ewe and passed away some few days ago, Bright Ahafia.
Beloved, let us love! Come again Edem.