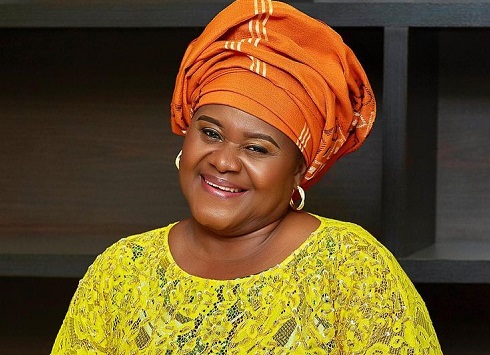 Legendary Ghanaian U.S Based Gospel Artiste, Mama Helena Rhabbles has recounted her marital woes, discloses it is not something she prioritizes in recent times.

Speaking on Ekwanso Dwoodwoo with Abeiku Santana on Okay FM, she disclosed her divorce was so shocking and wasn’t something she expected.

“We divorced in 1996. I was in the studio recording “Satan Don Fall” when that guy came to divorce me. Today we can laugh about it but it wasn’t funny. You see, the devil is a bastard. His great grand parents are bastards and he knows that in Jesus name. My ex husband, Mr. Charles Jojo Rabbles went to London for one year studies and at that time we had three kids so I took care of them while he was away” she disclosed.

She further explained: “He came back on Tuesday and on Thursday we were in Assemblies Of God. The elders spoke to him but he didn’t listen. Sometimes things happen for a reason but I was really hurt. Because I served so much and didn’t expect anything like that. It was a shock. I recorded my first and second album with Zapp Mallet. Zapp wherever you are, I salute you. You are a general. He is so good. He is such a lovely Christian. He played rock solo on the two albums”.

When asked why she still uses her ex husband’s name, she revealed she told the court she still wants to use the Rhabbles name.

“So he took me to court and I told the court I still want the name. So the court gave it to me and that’s the only thing I took. I didn’t take anything from my ex husband. I wanted the kids and the name. Because I’d used the name for my first album and I knew my second album had come out. I was just not ready to change the name and rebrand” she noted.

She added: “After my divorce, I got married again in America in 2004. It was a marriage of convenience anyway. I didn’t want to divorce again but I had plans of taking my kids abroad to give them a stable home. So by God’s grace, my second husband had a big house in the States but he wasn’t a good man. So I decided to leave again. Because I didn’t want my kids to know their mom is in some abusive relationship. But now they are all in abroad”.