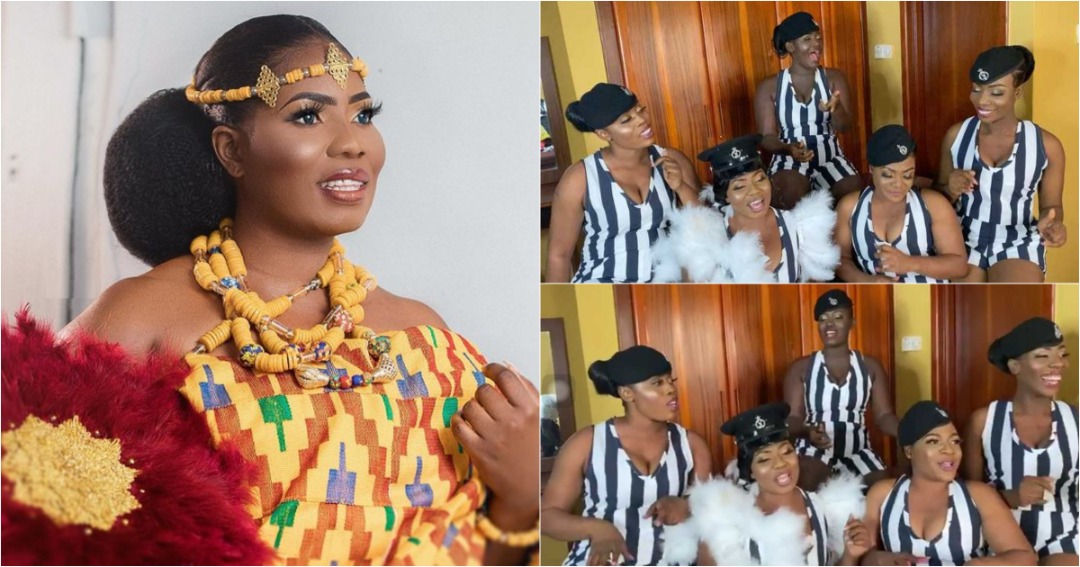 The officers were seen in a video wearing jumpsuits with their berets while serving as bridesmaids for one of their colleagues last week. The short video shows the officers singing in a jubilant mood.

According to the Ghana police code of ethics, no officer wears the Beret without permission and it’s supposed to be used at the right time.

It stated that for their punishment, the five constables would have to go back to the training school at Pwalugu for eight weeks. Which throughout these weeks, they will be feeding themselves and will be enlightened on SI 48, 87, 88, 91: provisions in the Police Uniform Code, Police Code of Ethics and the Ramifications of the use of social media.

After their eight weeks of training, the Headquarters of the Ghana Police Service is expected to be furnished with a training assessment report.