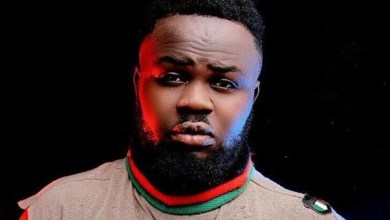 Ghanaian-US based musician Dem Tinz, now known as Mahnny has narrated in an exclusive interview how a death hex (juju) was casted on him by a fellow musician in the industry back in 2019.

“I’ve been “juju” before but I did not leave the music scenes because of the spiritual attack. In 2019, I nearly died. Some devilry was afoot and I’ve been through pain. It took God’s intervention to save my life” Mahnny told Sammy Flex in an exclusive interview on the Real Talk show.

When Sammy Flex asked him how he got to know it was a spiritual attack, he explained: “I am a God fearing person and was born into a religious home. I come from a spiritual home so I went home to see our head and it was revealed to me that one musician has casted a death hex on me. And I knew the person but it wasn’t necessary to spiritually attack back. So I told my spiritual leader to leave him to God”.

According to him, it all started when the said artist felt that he had hit songs more than him and didn’t understand why he (Mahnny) should be getting certain connections for gigs than him.

“The artist just gave me a hand shake and I started feeling pains in my gums and it continued from there. I had swollen face and it took prayers from Bernice Ansah and Francis Amoh for God to intervene. Later, a lot of strange things were taken out of my face and it was very scary” he narrated.