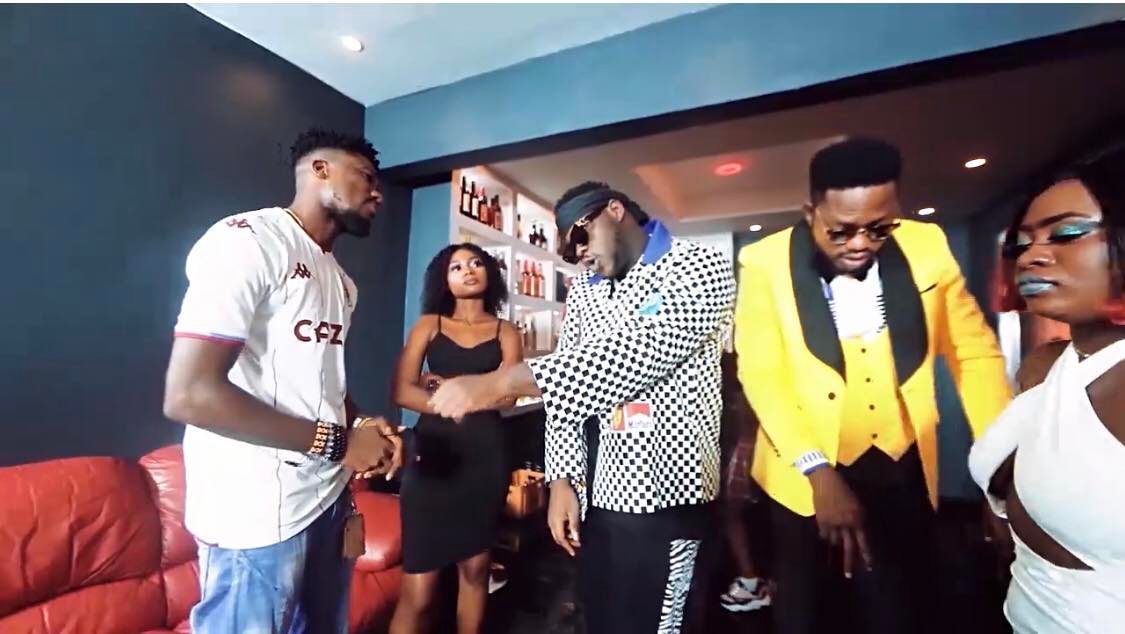 Boss of Relax Nation, Chairman Relax has released visuals of his first 2022 banger “1 boyfriend, 1 girlfriend” featuring AMG Medikal and the internet cannot get enough of him. The song talks about faithfulness in relationship and marriages as Chairman Relax was seen advising couples to be faithful to their partners and to keep one boyfriend and one girlfriend.

The very colorful video was directed by Currency Da Digital Rasta of Flex Entertainment fame and captures a beautiful storyline in the song, perfect art direction, party mood of Africans with some sweet dance moves as well as very some beautiful locations.

AMG boss Medikal did not also disappoint at all as he came through with some swag and beautiful dance moves and rap delivery. His catchy lines as usual of him, were mixed with wit and comic lines worth listening to on any day. The song is a real party song for party makers.

The video which has been accepted by the Ghanaian Entertainment media especially with all the top bloggers in the entertainment industry posting it will blow your mind at first watching. The video has some beautiful ladies with sweet African curves in there. Check the full video out in the link below and take a tour on his Chairman Relax Gh page on Youtube.