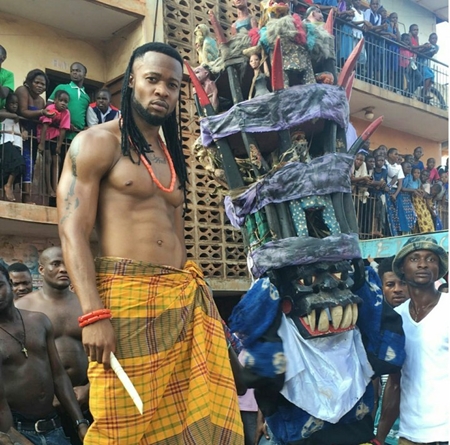 When Sammy Flex chanced on a video of Flavour Nabania performing on one of the stages abroad during his summer concerts, little did he know that the Nigerian musician was about introducing something that has not been done before on a stage. What many African musicians shy away from and he has showered lots of praises on the artiste.

As usual of musicians and performers who will introduce ladies with big ass and breasts to wriggle their waist, he rather used the stage to promote a typical Nigerian culture on masqueraders and it was so beautiful.

Sammy Flex has used the opportunity to appeal to African musicians to learn this habit of doing Africa instead of the numerous westernization we see when we travel outside to promote our songs and identity.

Watch the video below to catch the performance and what he said: