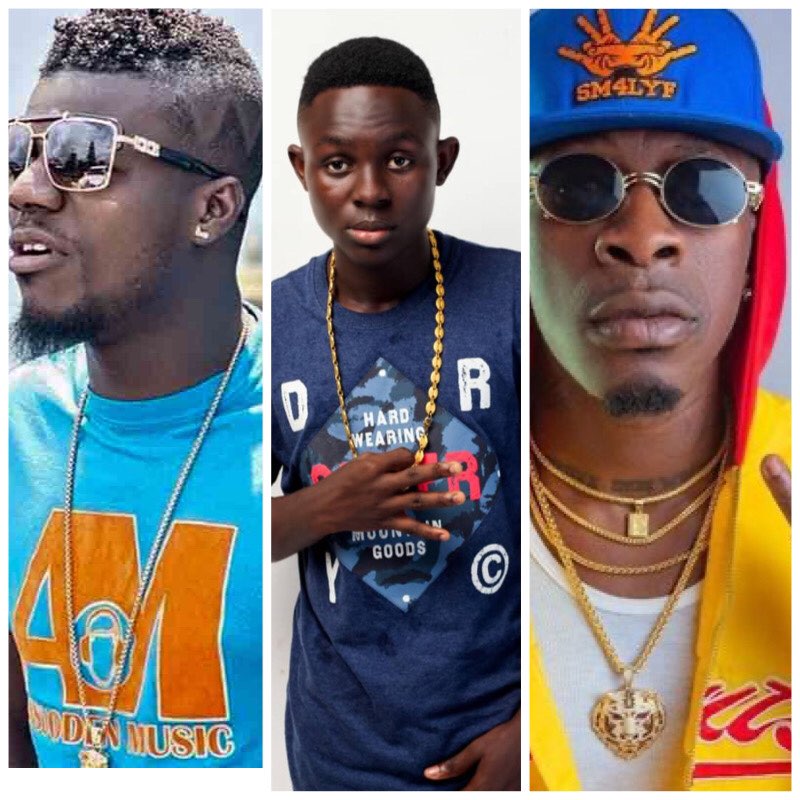 Talented kids star, Tutulapato has asked Ghanaians to arbitrate for the existence of unity between his god fathers Pope Skinny and Shatta Wale. He made this statement when he was interviewed on Sammy Flex TV`s Showbiz Daily.

The resentment between Shatta Wale and Pope Skinny that led to their separation, seems to have some form of effects negatively in Tutulapato’s career.

Cosmos Boakoh, popularly known as Tutulapato was crowned talented kidz season four (IV) winner at age seven on May 19th, 2013 under the management of rapper Pope Skinny who was then in the camp of Shatta Wale as an SM member. Until the Shatta Wale – Pope Skinny grudge broke out till present, the two were a delight to follow as colleague musicians. The young rapper who took a break from the music scene to pursue education has announced his come back and the lapses that could make his come back tougher.

One of the lapses according to him is the resentment between his god fathers, referring to Shatta Wale and Pope Skinny. According to him; at school, Shatta Wale was calling him for a feature but he told him to wait for him to complete first. He has always had this in mind and now that the time is due to take out this project, the unfortunate happened.

He however asked Ghanaians to help in bringing these two together upon given the chance to beg them himself live on the online show. This is what exactly Tutulapato said, “God fathers I need you. I’m about coming to the industry fully with major works to meet the world market and I need you two to assist me get there. That can only happen if there’s unity between you two” he told Sammy Flex on Showbiz Daily on Sammy Flex TV.

Watch the full interview in the video link below.