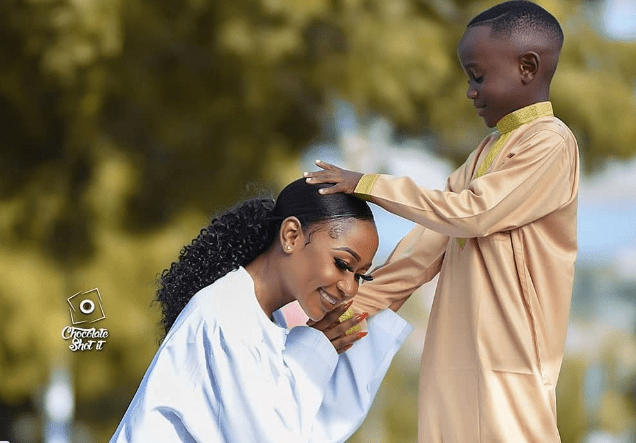 Ghanaian model and singer Rosemond Brown widely known as Akuapem Poloo has given reasons why she thinks it’s never a crime going naked in front of her son. Akuapem Poloo went stuck naked to celebrate his son`s birthday as he turns 7 today and this has created tension on Social media and in Ghana as a whole. Unconfirmed information even has it that she has been invited to the police headquarters for questioning.

People are lashing her for doing such a thing in front her son, a minor. On Zylofon FM’s AfroSamba Show hosted by Arnold Mensah Elavanyo, Akuapem Polo explained that she went naked in front of her son with good intentions and to tell him how much she loves him.

“Actually, the idea is to tell my son i cherish him and for him to know how much i love him” she told Arnold Mensah Elavanyo.

Listen to the full interview in the audio link below and subscribe for more.