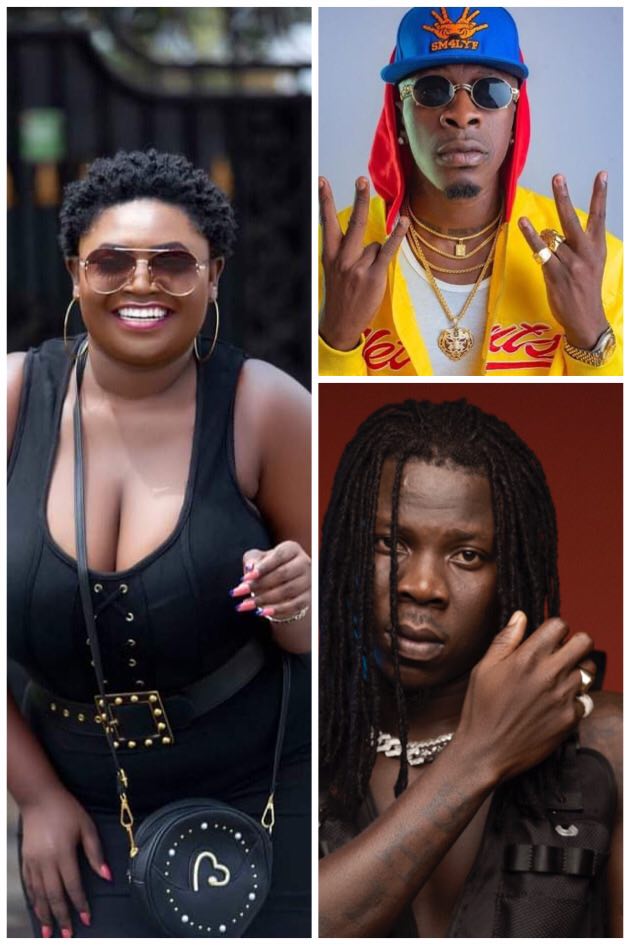 Like Kamasutra, the stories about men and women cannot be written without a sexual feeling in this lustful world. No wonder the world has recorded issues on sex from almost every corner in this important lives we live. Sex has been recorded in the church, the white house, court rooms and in several offices as well.

The entertainment industry blows such stories up more than all the different quarters because some of our conversations actually hinge on that and most folks in that area do not feel shy expressing their sexual preference. Yes, we understand in some situations it becomes illegal especially when some women complain of rape and sexual harassment.

The latest person to have openly expressed her interest sexually in another is actress Safina Haroun who wishes to have dancehall King Shatta Wale in bed but scared of what she thinks Shatta Wale possesses aka his “Dicky Willies”. The actress in an interview on Sammy Flex TV`s Showbiz Daily was opened that she would love to bang Shatta Wale but scared of his goods looking at what she sees in his boxers when at home doing his videos in the swimming pool.

“There are some people one sometimes wishes to have friendship with them for several reasons. When i said i wanted Dede Ayew, i was not only talking about sex with him but also close friendship as well. He is not the only one though as i wish to have that same relationship with Shatta Wale as well but i always get scared when i see his dick in his boxer shorts at home. I am not a fan of big dicks because the last time i tried it, i nearly broke my waist so i have decided to stay away from such guys and i see Shatta Wale as one of them” she revealed.

When the host Sammy Flex pushed further, she talked about liking Stonebwoy too knowing he would be a little sizeable looking at him. Safina Haroun is about to release a new movie she produced and acted in it called One Night Stand online in the coming weeks. The movie comes with an adult content like some of her earlier released movies.

The full interview is on Sammy Flex TV`s YouTube channel for your viewing pleasure and remember to subscribe for latest updates.