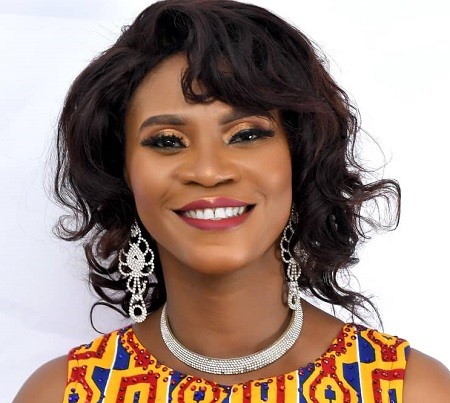 Media Excel new signee Akua Emelia has revealed she does not take alcohol but will also not judge any christian or gospel artiste that drinks to eat better.

The fast rising gospel artiste born Emelia Okrah in a chat on Showbiz Daily with Sammy Flex on Tuesday night said it wouldn’t be a big deal for her if she come across any gospel musician that drinks anything that contains 10% alcohol or below.

“We have drunkards and people who just drink occasionally normally to eat. If you drink anything between 5% and 10%, it is normal to me. Once you don’t get drunk to insult people or misbehave, I see nothing wrong with that but I personally don’t drink” she said.

Akua Emelia is a highly inspirational gospel musician, whose music career took off as a solo artiste over a decade ago. She has a record of backing both secular and some renowned gospel artistes in the country. The singer who revealed she purposely came to Ghana to shoot her gospel ministry to another level featured Francis Amo on her first single “Famesie” which is currently catching all the attention.

Her “Fame Sie” song which is already doing well in some gospel music charts on local radio stations is also available on all online digital music platforms such as Boomplay, iTunes, Deezer, Spotify and Tidal.

She also stated that her new song was meant to pave way for his upcoming album which would be launched early next year.

Watch the full interview on Sammy Flex TV in the link below.