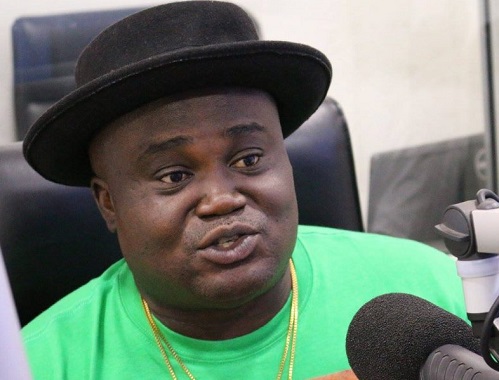 In a chit chat with fellow veteran musician and performer Slim Busterr on his weekend Facebook show on TV Me, Nana Quame lamented how the names mentioned above after giving them such an opportunity, betrayed him which really cost him his renewal of his visa after it expired.

“Slim, today I will mention some names to you. Kontihene, Abeiku Santana, Nana Baty, 4X4 and some few other Ghanaian artistes I can’t really remember their names all got their American visas through me without attending interviews. They got American visa with no interviews. Do you know what happened? These same colleagues, some of them it got to a time when my visa expired and I was getting ready to renew my visa, the consular that used to help me in acquiring my visa advised that I shouldn’t put in my application and that the embassy was going to refuse me. He went on to tell me that if the embassy refuses me the visa, they will ban me as well. So I was like why will the embassy refuse me visa and ban me? For what? Because I had money in my account. I am okay. So what is happening? That was when the consular revealed to me that one of my colleagues had written a letter to the embassy against me. And that the embassy had found out that the people I traveled with back then did not return and the embassy is holding that against me. So I shouldn’t apply because if I do, they will refuse me. I couldn’t do anything so I took my passport and returned home.

According to the singer, if he didn’t have another opportunity to come to the UK, he would have been stuck in Ghana forever and couldn’t travel again.
“The person sold me out. So imagine if I didn’t have another opportunity to come to UK, I would have been stuck in Ghana struggling, suffering. You see when I am talking, someone won’t understand where I am coming from. Some people don’t understand your pain. This wasn’t even my deal and none of them knew how I got that deal. Not even Abeiku Santana. When these people got to America, they destroyed and separated me from the consular to the extent that at a point, this consular didn’t even want to see me face to face. The consular sometime ago got fired from the embassy because of a problem that involved my helping of these same guys. Today as I speak to you this consular is really struggling. What he will eat is even a problem. Yet all of these guys have neglected him. So I don’t just talk. When I am talking, then I know what I am saying. Sometimes I don’t even know where to start and where to end. Some of our people are evil” he lamented.

Nana Quame featured in various hit songs in the mid 1990s including Ma Asan Aba by Akyeame, Philomena by Tic Tac as well as the mega hit, Tom & Jerry by Kojo Antwi.

After five hit albums, Nana Quame has to his credit successful shows such as Loud In Accra 2000, he was the first Ghanaian to perform at the Carnival 2000 in UK and Ghana Independence Day Celebration UK, Miss Ghana 2001(Ghana), Africa Durb(UK) and Miss Ghana New York.