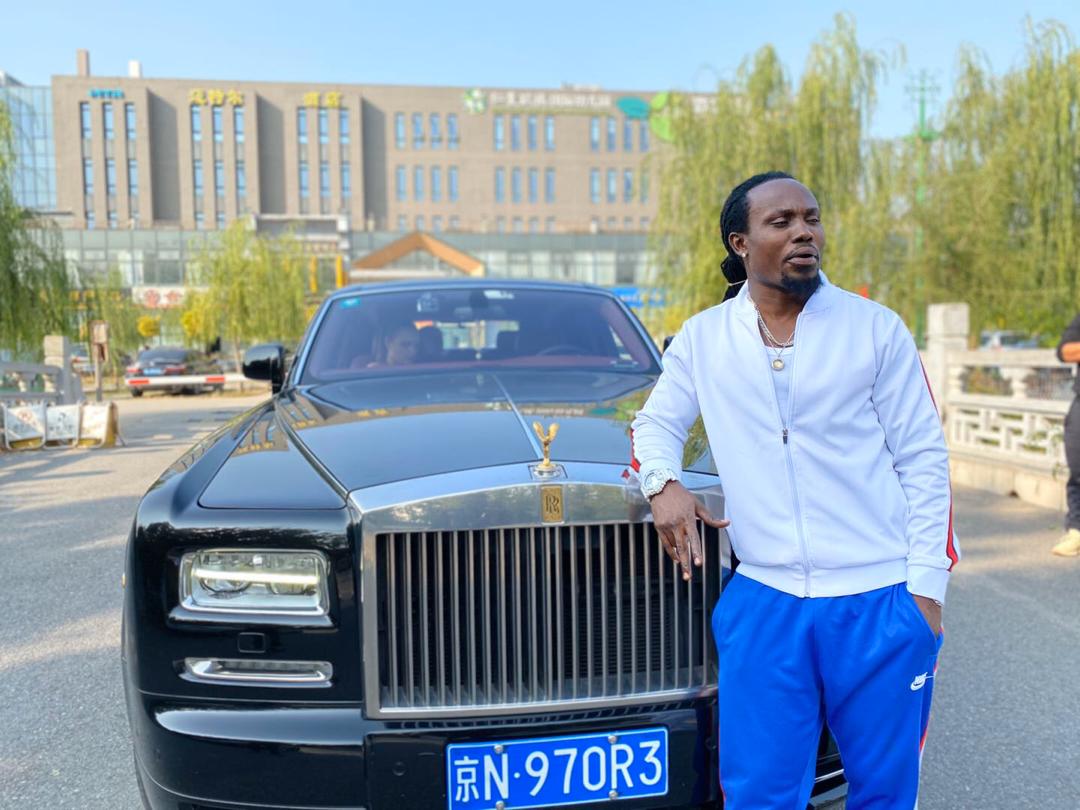 Speaking to journalist Nana Reagan of sammyflextv.com in an exclusive interview, Jeff said musicians are the mouthpiece of the youth and these are part of problems they need to address just as they criticise and attack politicians sometimes.

“I think it is wrong to see people like Mzbel in this kind of feud with other public figures. This is someone who is supposed to impact the youth through music but they only involve themselves in unnecessary insults and banter. This ‘Papano’ fued is very nasty. This is where musicians especially rappers need to come out and condemn this attitude. I expected Shatta Wale to rise and speak against this attitude but unfortunately he is a friend to Afia Schwarzenegar so he has gone to sleep on it. If we can rise to criticize politicians and government, then we need to critically look at some of these bad social media attitudes from some of these celebrities in Ghana. It is so bad” he stated.

He added: “My song ‘Rap Attack’ song which I’m about to release addresses some of these issues and also acknowledges Obrafour and Reggie Rockstone for paving the way for us. I am dropping this by ending of this month and then follow it up with an Afrobeat song titled ‘Baby I’m Sorry’ in December for the ladies”.

Touching on rap music, he said rappers in Ghana are not being themselves, adding that everybody wants to be like Sarkodie and that for him is so wrong. The hip pop Afrobeat artiste who said he respects Sarkodie so much for his talent said it is good to take inspiration from people but it is also important to stay unique to yourself.

“M.anifest, Sarkodie, Edem are really doing typical hippop in our native language and that’s cool. Medikal and Strongman are just imitating Sarkodie which is not cool to me. As a rapper, you need to stand out on your own. In your outlook, style, just be unique. You can take inspiration from people but you don’t have to force to do everything they do. Aside Obrafour, Reggie Rockstone, Lord Kenya, I respect Sarkodie musically and look forward to work with him on a project. My fans here in China are really in anticipation for that project” he revealed.

Jeff Cool is the organizer of the Ghanaian Community in Beijin and has also been a stylist for some top Ghanaian musicians whose names he didn’t want to disclose for some privacy reasons. Jeff further talked about how his songs have been accepted in Beijin, the dream to become a global artiste and hinted to launch his album first thing early next year.

“Because I use Twi, English and Chinese language, people here are loving me and I am targeting the world market. The Chinese and the foreigners here have accepted my music. They play my songs massively in the clubs here. I have released ‘Tafo to Beijin’ from my coming album. But because of COVID-19, I will be dropping the album early next year. For now, I am doing everything myself but I won’t turn down any record label offer if the terms are good. I am down for anybody. I wish to work with Bullet because he is good with writing. It`s always good to work with a team like that. It`s not always about the money.” he said.

He also talked about his COVID-19 works with the Ghana Embassy that saved lots of Ghanaians in Beijin and the country from being hit hard with the pandemic.

“I was the first Ghanaian to start a campaign on social media. The pandemic started here in China so I decided to send messages to my people in Ghana and the world. So the Ghana Embassy saw my works and decided to work hand in hand with me. I suggested to the embassy not to take Ghanaians here back home because that was why Japan and Korea got huge numbers as victims. Some of the people here initially spoke against my decision but later they realized it was a good decision and acknowledged me for it. Ghanaians spoke against the food and other support from Ghana because we did not get someone to explain the issues to them. It was really a good thing from the government” he disclosed.