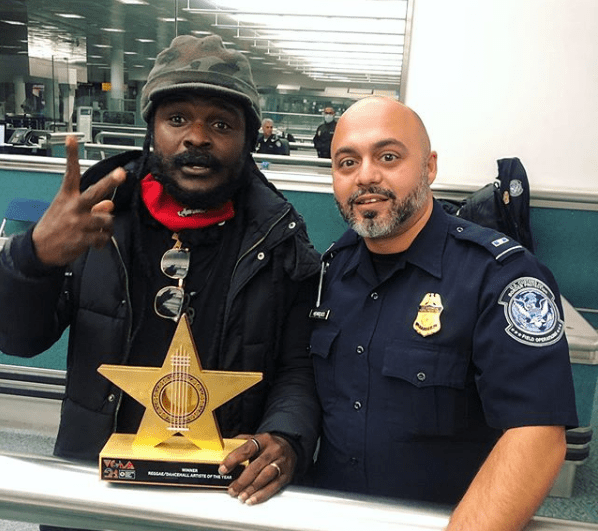 In an exclusive interview with Sammy Flex on Showbiz Agenda on Zylofon FM, he said the blogger who did that story just wanted to disrespect the ghetto youth president, as in he wanted people to see the youth who live in the ghettos as thieves and that’s bad.

Speaking to the host Sammy Flex, he made it clear that he is the one who sent the award to the ghetto and gave it the youth over there to take pictures with it just to motivate them and to make them feel they are the reason Ras Kuuku won the award due to their massive support and love for him.

“No one can steal the award even if I leave it on the streets of Kanda because the moment they see Ras Kuuku’s name on it, they won’t even try touching it because he is their president and fights on their behalf any day,” Biggest Boss added.

In other news, the manager who was the next manager to be part of the artistes manager`s project on Showbiz Agenda on Zylofon FM revealed that he has never seen Ras Kuuku smoke weed before. “We all live in different ghettos so i don`t know if he smokes weed or uses it in different ways” he added.

Watch the full interview below and subscribe to the channel for more.