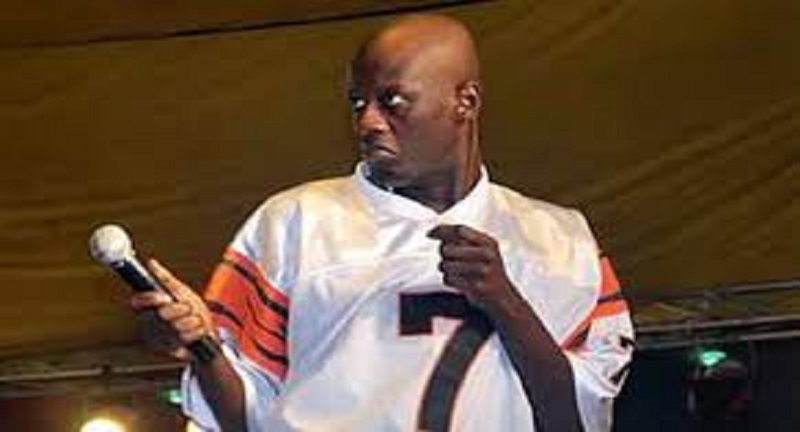 Evangelist Lord Kenya has cautioned Ghanaian youth not to believe Sarkodie and what other rappers say in their songs because in reality, they don’t represent it.

The once upon a time hiplife rapper in an interview on ‘Ekwanso Dwoodwoo’ on Okay 101.7 FM with Abeiku Santana said every rapper has an element of braggadocio and in reality, can’t live up to the things they say in their songs.

“Who gave you the talent? If it is God that gave it to you then glorify him with it. Of course people can do rap music to praise God. On my album Christ Life I rapped. We can do it. Why can’t we do it? Unfortunately, here in Ghana when you go to church and rap people see it strange. But I know rap, okay to start with, what is rap? R.A.P, the R stand for rhythmic, the A stands for Africa and the P means poetry. That is rap. So it`s up to you to know that you need to glorify God with the talent he gave you. That is up to you. Because if it gets to the time where God will question you, I can’t talk for you because I also have questions to answer” he told Abeiku Santana.

He further explained: “So my responsibility is to let you know who gave you the talent. Is it God? Glorify him with it. If God gave you a beautiful sweet voice, praise him with it. Because as a matter of fact, if you listen to the lyrics of these rappers and the things they talk about, in reality they can’t even live up to it. Personally, the things I said in my songs those times are not things that are real. You just say things to create an impression for people but in reality it doesn’t even exist. Because every rapper has an element of braggadocio. Everyone wants to prove he is tough. So sometimes when you listen to some of the things they say, it is very scary. As if there is no God or they are some god” he noted.

According to the former best rapper, the only true real rapper to ever lived is Tupac Shakur.

“Almost all the rappers we have in Ghana, America are all braggarts. The only real one I can point out is Tupac Shakur. And the most dangerous thing if you depend on is, what is success of life? Is it money? Then you will have relaxed in life when you have money at an early age. I am going to say that, every thing will also pass” he said.