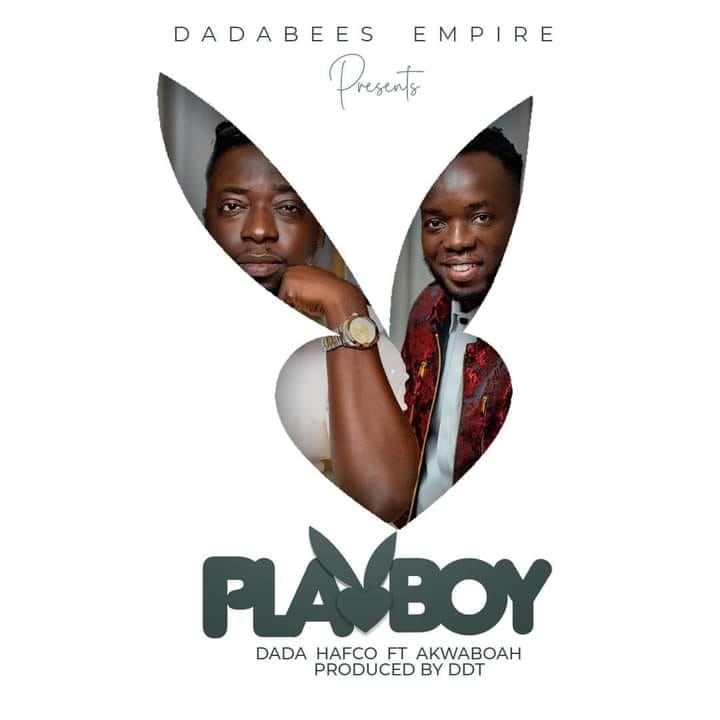 Highlife crooner Dada Hafco has released a fresh poster for his yet to be released single Play Boy featuring Akwaboah under his Dadabees Empire label. The song produced by his trusted producer DDT will be premiered on all music digital platforms tomorrow 10th November 2020.

He wrote this on his Facebook timeline this morning ahead of the release.

My brother Akwaboah Music teamed up with me on this one.

Produced by DDT for Dadabees Empire Ent.
Mixed and mastered by DDT.

Premiers tomorrow on all digital platforms

Many industry people are in high anticipation of this song knowing the writing prowess of the two gentleman on the song. Dada Hafco is known to be a prolific song writer as well as Akwaboah so some fans have started pitching each against the other as to who will deliver expertly on the song when it finally comes out tomorrow. Dada Hafco won Highlife artiste of the year award in the Eastern Music Awards with numerous nominations in various awards schemes including 3Music Awards and Vodafone Ghana Music Awards.

Some of his repertoire include Our story, Are you your boyfriends girlfriend, fall down, hine me, ye be wunti yenda and many more.

Check out details of the poster below.