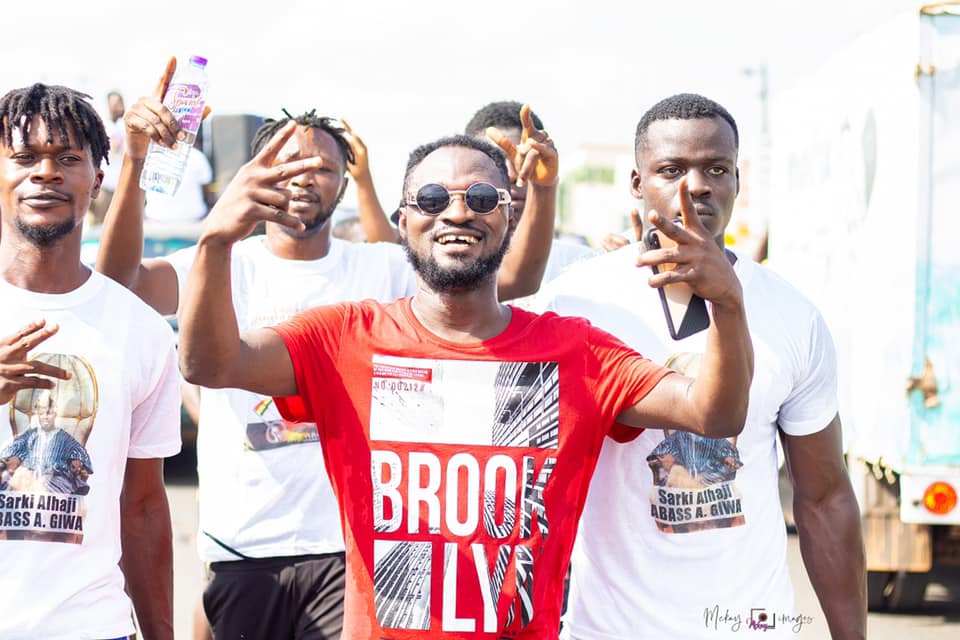 You may have your personal issues with the way Ayisha Modi approaches issues or does her things but you cannot deny her efforts in making peace among celebrities who engaged in social media feuds.

Ayisha, who has been a contributor to the careers of many stars has also helped in ironing out the differences between some celebrities and has helped in uniting few stars. Just recently, when Funny Face’s baby mama’s issues started, the comedian came out attacking his fellow actors Lilwin, Kalybos, and Bismark The Joke claiming they had a hand in all that is happening between him and his baby mama. Funny Face in some videos he posted on social media threatened to beat any of these guys when they come face to face but surprisingly on Friday, Ayisha brought Funny Face, Lilwin and Kwaku Manu together after weeks of jabbing themselves online.

The three actors joined last Friday’s peace walk organized by Ayisha Modi and Abass Sariki to call for peace ahead of the December 7 elections.

During the walk, the three were seen in a friendly mood, chatting and taking pictures to promote peace before, during and after the 2020 elections.

This comes as a surprise to many since many expected some physical fights especially between Funny Face and Lil Win. It`s good to note that it was the first time they came together in public in such a friendly and unified mood after their feud.