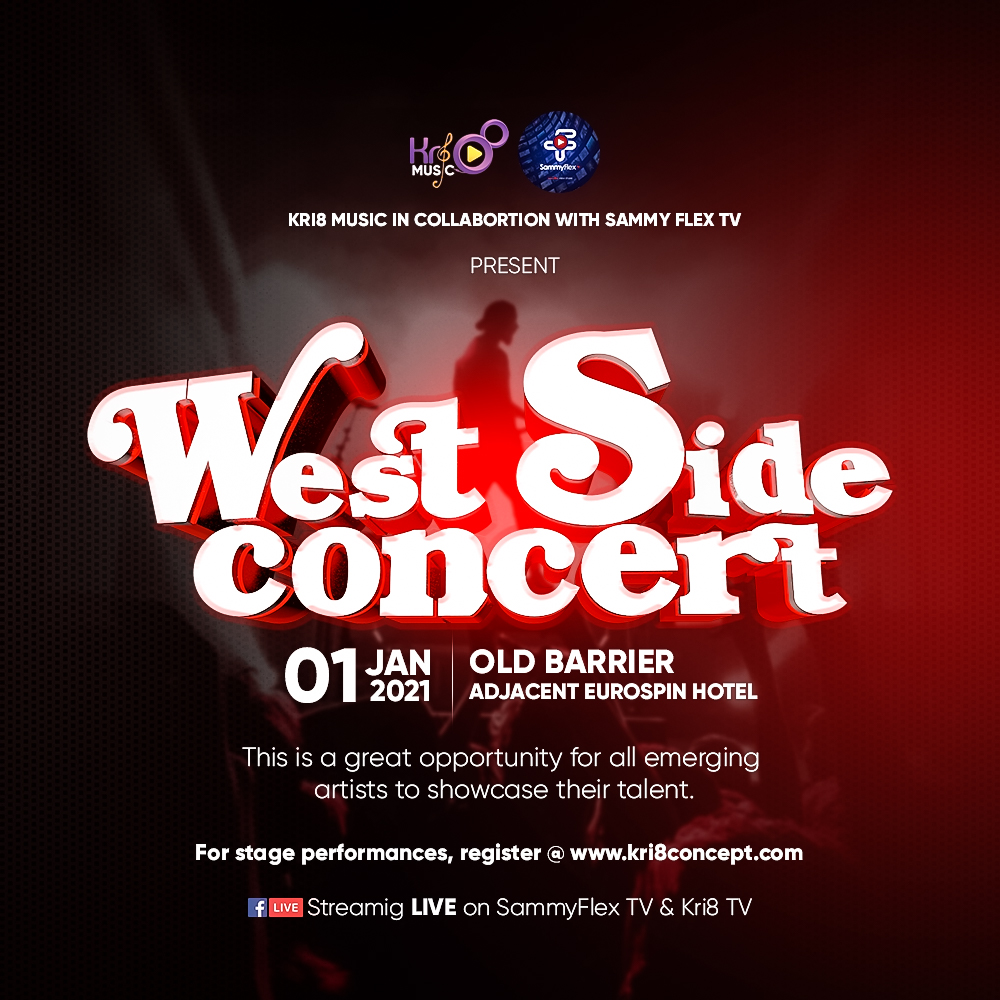 Yes, all is set and patrons should expect nothing but a night of surprises targeting emerging talents in the capital city. West Side Concert is aimed at providing a platform for emerging artistes to showcase their talents and to give patrons an exclusive new year party package.

“We started the first edition last year 1st January 2020. This show is aimed at putting emerging artistes on a first class show to help build their confidence and also give them a platform to showcase their talent to the world. This year’s edition is being organized by Kri8 Music in collaboration with Sammy Flex TV supported by Urbanrol. Interested emerging artists who would like to perform on stage will be required to register on www.kri8concept.com, providing name, stage name, phone number and picture for artwork. On the day of the concert, it’s free entry for artists but Ghc 20 rate for audience” Mr. Forson of Kri8 Music told Nana Reagan in an interview.

He further added: “Every artistes should bring at least five people to cheer them on. This is to give the emerging artiste a taste of stardom and to prepare them for the journey ahead. Program starts 7pm exactly”.