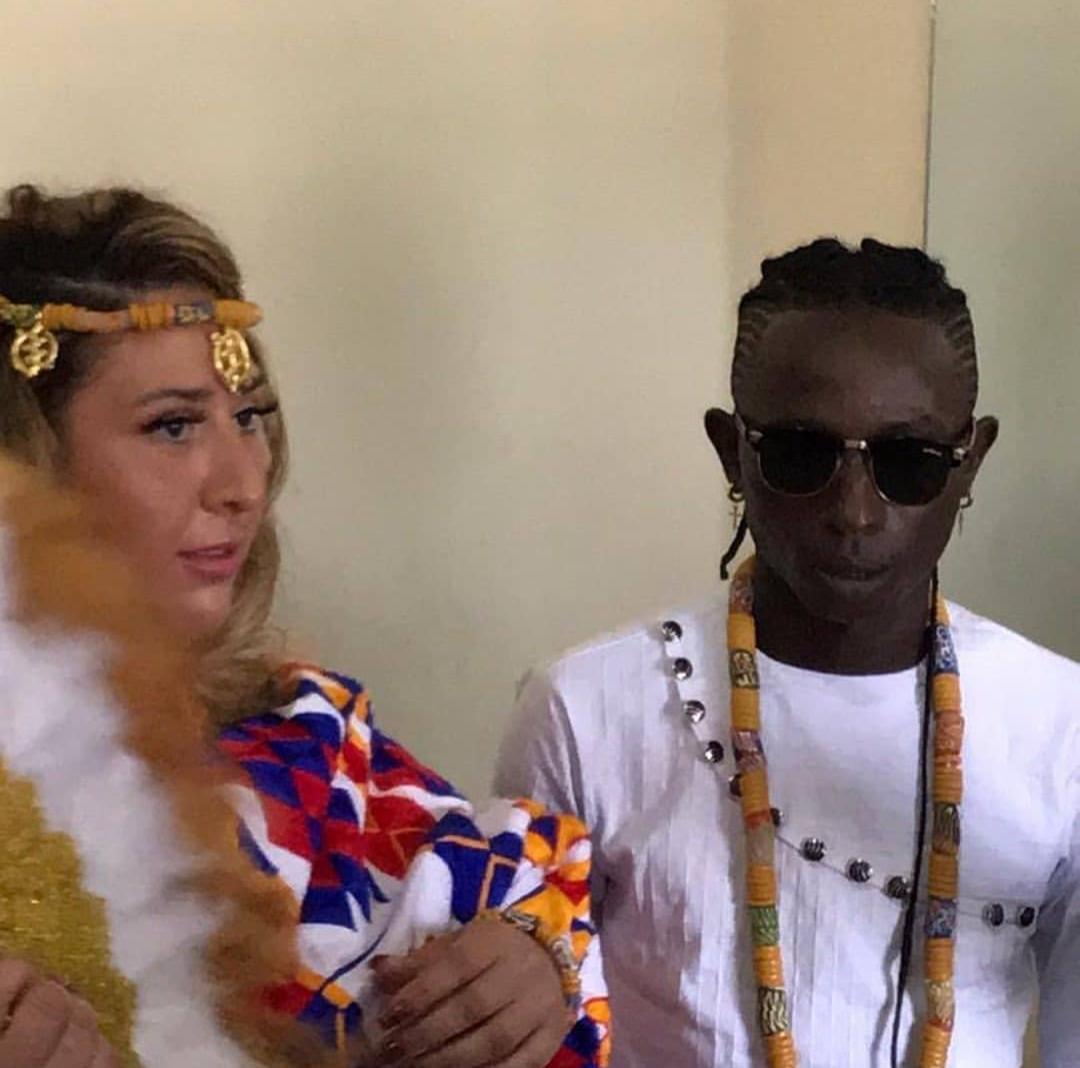 First lady of Pa2Pa Sojas, Liha Miller also known as Patamiller now Mrs Amoah has cleared the public’s doubts about her family missing out on her wedding day. Miller confirms in an interview on Adom TV that her uncle, aunty and some family friends were at her wedding over the weekend.

Many social media users after the couple`s traditional marriage and white wedding expressed shock in not seeing any relative of Patapaa’s German girlfriend Meslishan Neha at their ceremony.

The ‘One Corner’ hitmaker Patapaa, known in private life as Justice Amoah, is currently the first Ghanaian musician to marry in 2021. The couple got married in a colourful traditional wedding ceremony at Patapaa’s hometown of Agona Swedru on Saturday, January 2, 2021.

Patapaa and his German girlfriend Liha Miller married in a traditional wedding on January 2, 2021 – The two have followed it up with a white wedding ceremony on the same day.