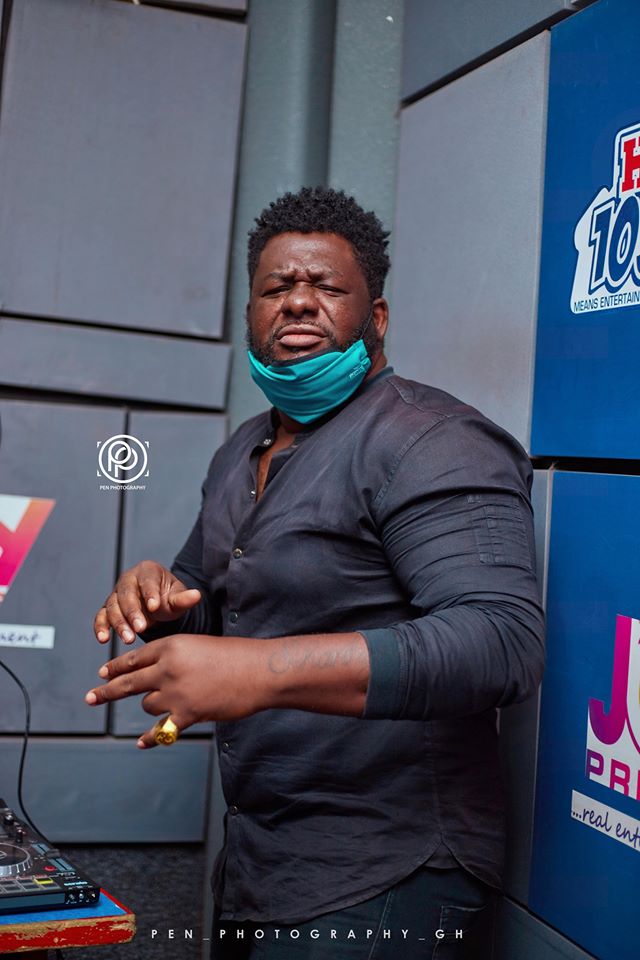 One of Ghana’s popular and controversial artistes managers Nana Asiamah Hanson well known as Bull Dog is back again as he continues to narrate what happened to him as he was picked up by the BNI.

I have always taken a detour onto the Ahmadou Ahindjo road into the enclaves of north ridge in steering my way to Adabraka.

Accounts I’d heard of this establishment, working as a political caricaturist for Ghana’s most influential private newspaper of all time — The Ghanaian Chronicle, evoked quiver and heightened the enthrallment that surrounds it — whenever I drive down the serene and tranquil lighted streets in front of the National Intelligence Bureau (NIB).

My wonderment became discernibly evident in the end, when sounds of latches to the cast-iron gray gates unbarred to honking of a motorcade, revealing the interior of this evocative landmark.

Indelible memories of tales told by seasoned journalists William Nyarko and Alfred Ogbamey, senior colleagues of mine at our offices in Kokomlemle, back in nineteen ninety eight of this unsettling address immediately sent shivers down my spine.

We disembarked from the vehicles amidst armed guards and was escorted to the counter office — I was unshackled on arrival.

My belongings were handed over to officials at the counter by escorts. With an obsessive interest, I was furnished with a steel bench behind the counter.

The head of the counter office attended to me later and introduced himself.

He was responsible for my well-being he said and asked if I needed something — octopus salad with jollof rice from Champion Dishes in Adabraka or fufu plus fried red fish light soup from Heavy Doo chop bar in Kokomlemle is my habitual bill of fare.

My crave for the latter outweighed and out rivaled the former, knowing the day was going to be a long one in view of where I was.

“I will have fufu” I said — “I will get you fufu” he retorted — striding out of the office.

In twenty minutes the door creaked open, another top administrative official of the NIB with his face mask on stepped in — remarkable on his neatly sewn kaftan was the coat of arms of Ghana broach, clasped on the left side of his breast pocket.

He appeared and the room halted into orderliness and obeisance — “I hear you want to eat fufu.” he uttered, looking in my direction from his position in front of the counter, my answer was affirmative.

He then pointed out that fufu is a delicacy for Akuapems. I’m Akuapem, I informed him. He let out a sigh, and said “we Akuapems are mindful of our tongue” — “I have a mental problem,” I said in jest — the room broke into guffaws at my remark.

My fufu arrived not long after.

I remained behind the counter a few hours after my meal, awaiting orders from above to the counter office on what my kismet will be.

The process of admittance started a little after seventeen hundred hours, after a call was received for my detention — my personal information was penned into a huge foolscap book: Name, age, profession, etc.

Stripped thereupon and rigged out into cell vestments.

On the way to be cooped up, it almost felt like going on the set of United Showbiz. Striding in a jalabiya that had ‘BNI CELLS’ inscribed on it.

I held my breadth as audible clicks to inserted keys turned to unfasten padlocks to the steel door.

One of the operatives wanted to know if I was claustrophobic — “Chale dis no be my first time o” — my response caused him to titter.

I was ushered into a dark cold cell and was bid farewell.

PS.
The masked armed men that swooped my premises earlier were Akuffo Addo’s henchmen, disguised as intelligence officers. I discovered days after.

Emotions remain tempestuous until Akuffo Addo wakes up from his usual catnap and ensures myself and many others receive their locked up funds from Menzgold under his administration.