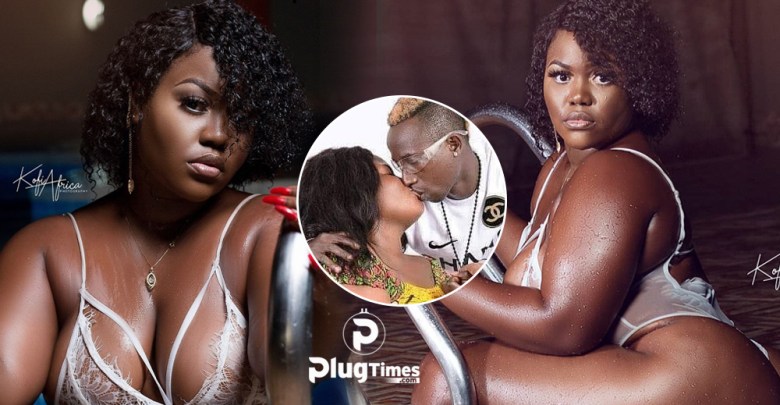 Ghanaian photo model, actress, and video vixen Gabriela Naadei Quartey well known as Queen Peezy has said that, the name Queen Peezy was given to him by Patapaa so she is not willing to let it go.

On Zylofon FM’s Showbiz Agenda with Sammy Flex, she mentioned that Patapaa gave her the name at the time when they were dating and that she was inspired to music that’s why she accepted the name Queen Peezy so she won’t let it go.

According to her, no one can take the name from her because she worked for the name and it has also been registered because she’s finally decided to take the music business serious.

“I won’t allow Patapaa’s wife to take the name Queen Peezy from me because I don’t want all the s3x he had with me go waste. I’ve suffered for the name so I won’t let it go” she disclosed.