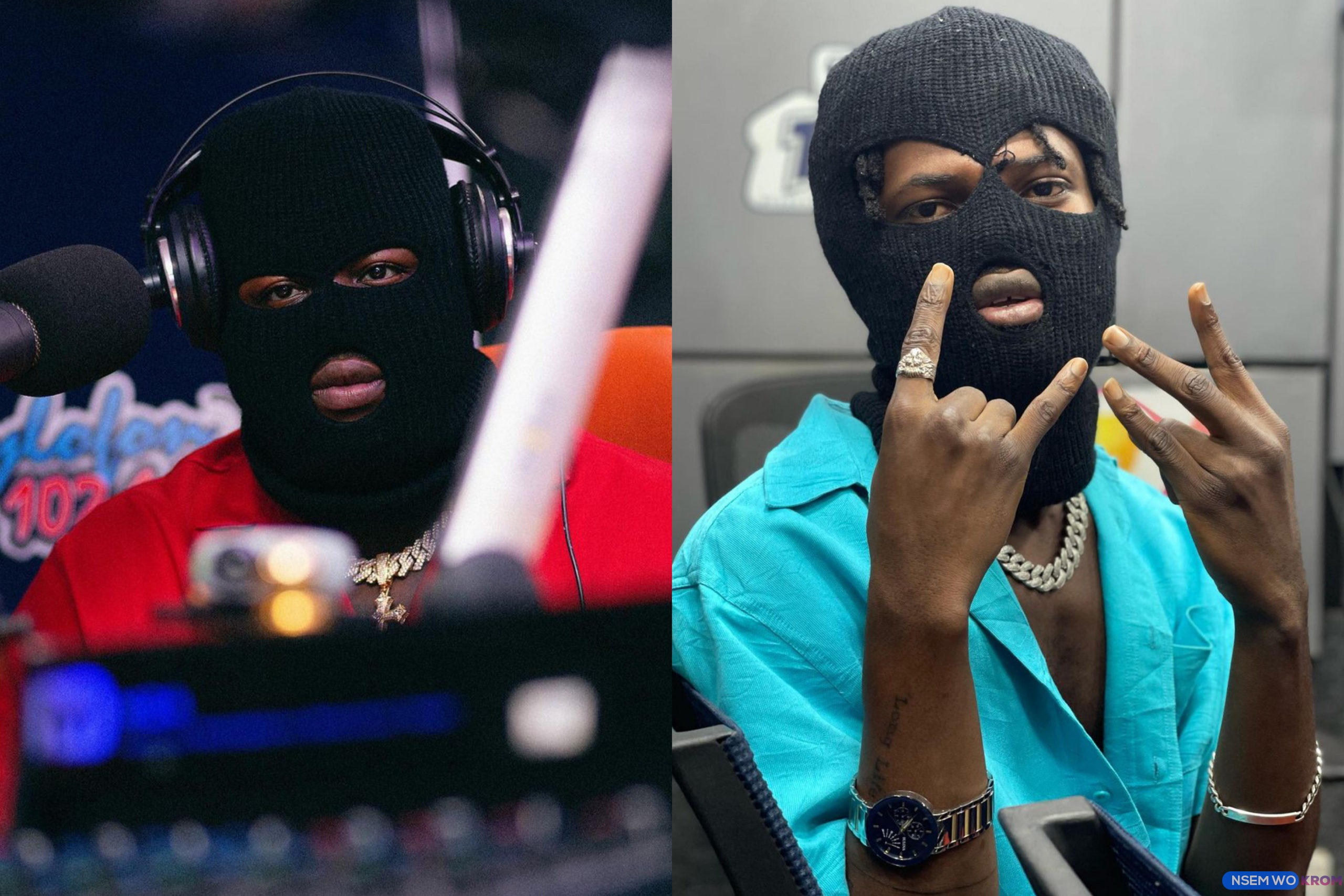 Ghanaian singer/rapper Peter Famiyeh Boza aka Fameye has said that armed robbers were wearing mask before Mr Frimpong aka Medikal so what show he’s copying him.

Speaking on Zion Felix’s Uncut with Zion Felix, he stated that his team told him to wear the mask and for them to see what Ghanaians will say about him on the day he visited United Showbiz on United Television for an interview.

During the conversation Zion asked “People said you are copying Medikal because he’s the only artiste who wears mask” in response Fameye said “Armed robbers were wearing mask before Medikal started wearing so that means i am not copying him”.

He further confirmed that, truly Ghanaians insulted him as they expected but still the team insists he should continue wearing it. Though he (Fameye) doesn’t know the reason behind the team insisting he wear the mask, but he does wear it when ever they tell him to.