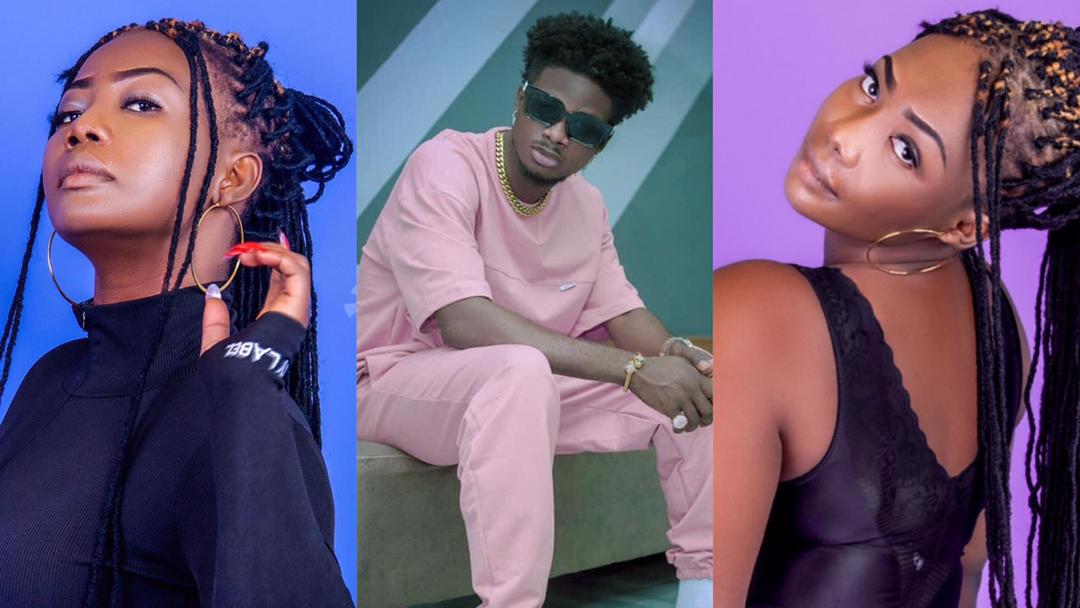 Rockstar Kuami Eugene has been accused several times of song theft and it seems that conversation around the Lynx Entertainment signee is never coming to an end.

This week, a viral video of a lady singer popped up on social media and sparked controversies over who stole whose song when the lady was seen in same video concept as that of Kuami Eugene’s “Bunker” song that was released few weeks ago.

On wednesday afternoon on Sammy Flex TV, the singer by name Bhadext Cona disclosed her actions was intentional and that it`s about time Kuami Eugene feels same pain in stealing people’s songs.

“Is about time Kuami feels how it feels when people take your song. It seems we are voiceless and helpless when Kuami takes our song. What can you do to Kuami? You can’t do anything. And when issues like this come up, the fans will say your version is not dope. Kuami has the better version. And that you want to ride on him to shine and all that without addressing the issue. So we are left alone” she stated.

She added: “So it`s about time he feels how we feel. You could’ve allowed me to get the song better and not take my song and spice it up. It is really painful and he should know he started just like us. Yes I deliberately copied the video concept of his Bunker song which is a stolen version of my original song Bolga and I’m not shy to say it. I honestly don’t care how he feels about it. I am doing what I like”.